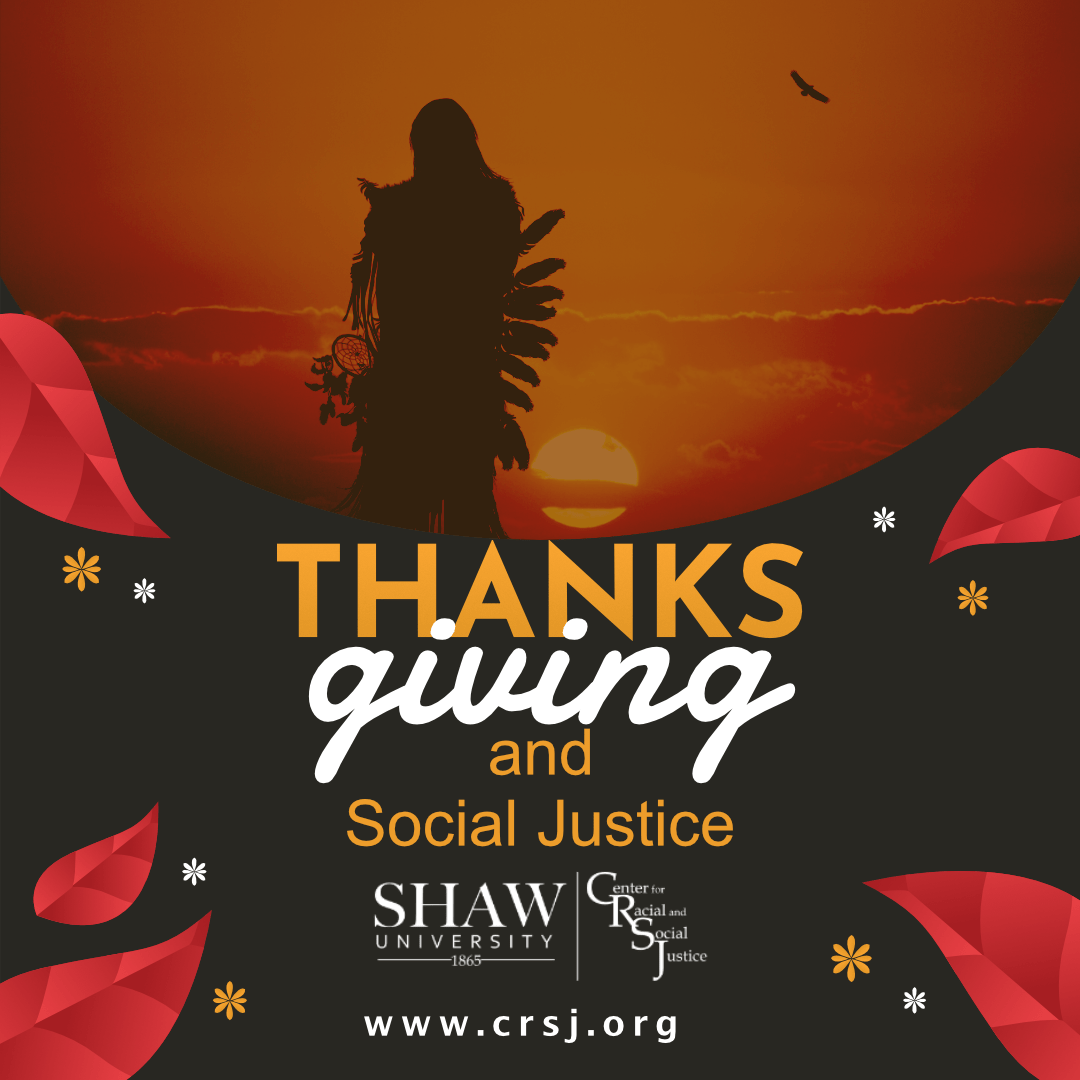 We all know the story of the original Thanksgiving – how European colonizers were on the brink of starving until Native Americans provided them with enough food to make it through the winter and eventually taught them how to farm native crops until they could feed themselves.  This story is usually presented with a happy ending – with Native Americans and Europeans bound together in friendship, mutual respect, and camaraderie.

That is not how it happened.  Instead, Europeans unleashed a several hundred year’s war against Native peoples, their land, language, and culture.  It is a war that Native Americans have never stopped fighting and has given birth to America’s first Racial and Social Justice movement.

Many in the African American community may feel that the efforts to end slavery through the abolitionist movement was the first racial and social justice movement.  But Native Americans have been fighting to reclaim their land ever since Europeans first misappropriated it through devious means and outright lies.  Despite Native Americans belief that Europeans were people of their word and honest in their negotiations, not one treaty by the United States government and Native American nations has ever been honored by the United States. It is a story that most Americans do not know and even rarely contemplate.

But, miraculously, Native Americans have never stopped believing in themselves and have never lost sight of who they are.  The struggle for land is only one part of the story.  Most Americans are now just learning of the horrific practice of removing Indigenous children from their homes and taking them to European indoctrination centers, otherwise known as Indian Boarding Schools.  White Americans and Canadians were not the only perpetrators of this heinous practice – Hampton Institute (now University) in Hampton, Virginia, proudly boasts of its history in “educating” Native Americans.  White and Black Americans alike believed they were doing the “right” think in “civilizing” Indigenous people by removing them from their culture.  These children were beaten, tortured, and sometimes killed in the vain effort to convince Native American children to give up their families, identities, and culture to become more like white people.  Too often the children who were brutalized and killed were not returned to their families nor given a proper burial.  Oftentimes their parents were never notified of what happened to their children.

It is a remarkable testament to the resiliency of culture that Native Americans still persist, thrive, and are not only holding onto their culture, but are returning to their traditional ways of living in terms of sustainability, family life, education, and means of making a living.  They are fighting for the sacredness of their lands in terms of resisting the placement of environmentally damaging pipelines and the demand for their promised water rights. Despite what they have gone through in this, their homeland, they have never stopped fighting for the justice they so richly deserve.

So, this Thanksgiving, as we honor the memory of our families who have passed on, celebrate being together with friends and family, and give thanks for the blessings in our lives, whatever they may be, let us acknowledge, with Thanks, the first people who called this place home and upon whose land each and every one of us stands.

This post was originally published on Center for Racial & Social Justice.