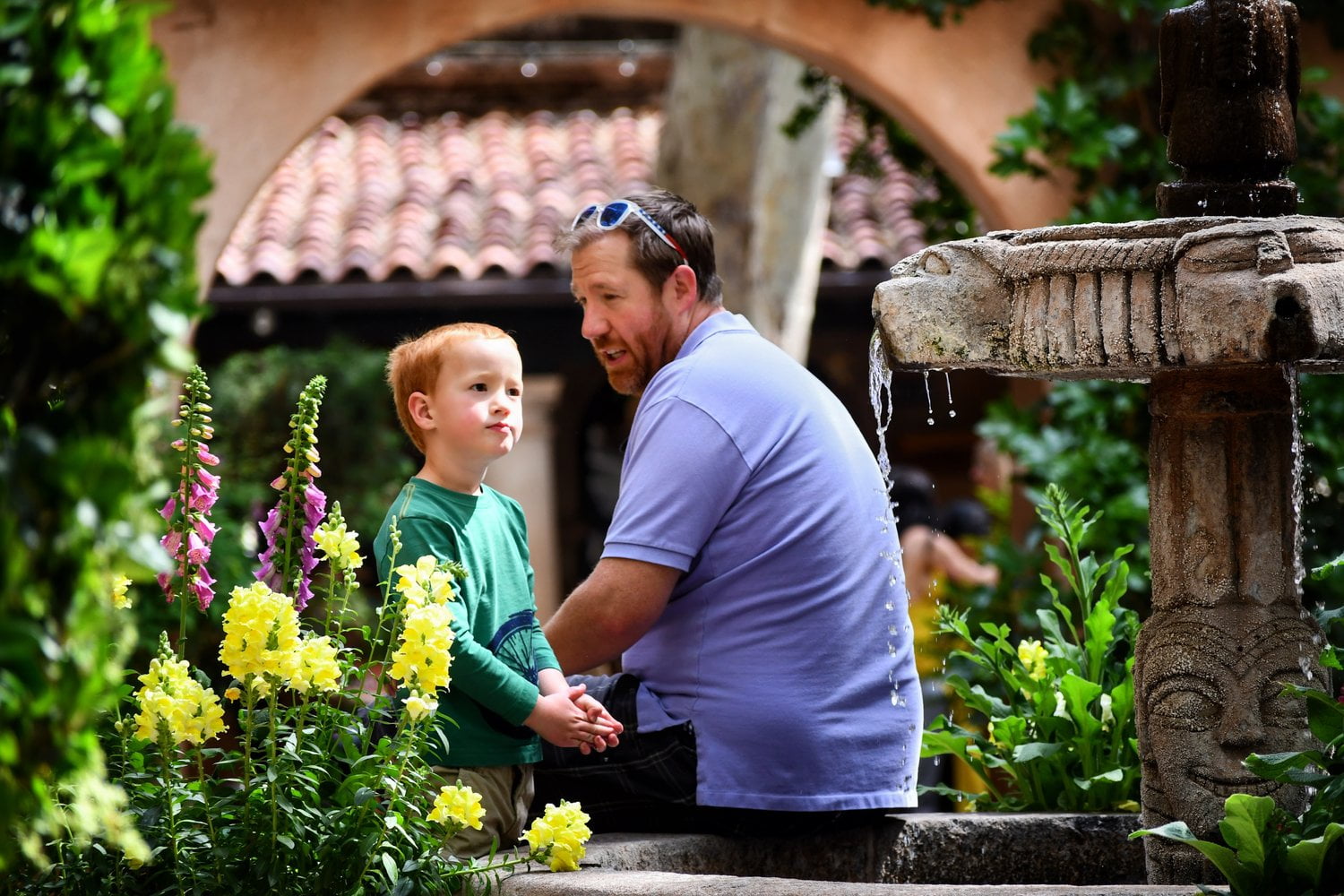 Of all the co-parenting topics I cover, this one is central to why parents need to get this right. Otherwise, you take the risk of your child becoming a casualty of their parents’ choices. Discipline includes setting limits, teaching responsibility, rewarding good behavior, and penalizing bad choices.

One of the saddest things I’ve witnessed in observing other co-parents is the inability or unwillingness to discipline their children and teach them how to make good life choices. There are the mothers who buy their kids everything so that the children don’t consider whether they may have more material rewards if they lived with Dad. And dads who refuse to discipline, afraid their children will never spend time with them.

On and on it goes. The child isn’t given any responsibilities and is never told “no.” From a lack of household chores to never living without something simply because “Mom (or Dad) said so,” the kids of divorced parents frequently run the show.

Why is this a problem? To begin, if you don’t teach your children about things like washing the dishes and doing laundry, who do you think is going to do that? Even more importantly, who is going to teach your child about personal responsibility, setting limits, coping with disappointment, and the consequences of bad decisions? Do you really want to leave this in the hands of schools, peers, and maybe even the justice system?

But how riddled is the road of parental discipline for those co-parenting?

Co-parents at war with one another may discover that discipline provides ample weaponry to use against their parenting foe. Among combative approaches are parents who…

Co-parents Who Refuse to Discipline

Many divorced parents become so fearful of the possibility that their children will reject them that they choose not to engage in any conversations that might jeopardize these relationships. Many parents with limited visitation can’t fathom making even one precious moment with their children unhappy during the short hours they spend together.

Unfortunately, the child not subjected to penalties for bad behaviors doesn’t come to appreciate the consequences of their actions. All they see is that life is easier at one home. They listen to tales from their friends of being grounded, yelled at, or maybe spanked. They may think, “These things don’t happen to me. I must not do anything wrong.” They may also think, “Mom (or Dad) doesn’t even care.”

Someday, our child may make dangerous choices, life-changing choices, hurt others as a result and not expect to answer for it. They will have the parent who refused to discipline to thank for not raising them right. And so will their victims.

Co-parents Who Set No Limits

Kids think they love not having limits. After all, they get to do what they want for as long as they want. They can have what they want. And they can use their parents’ fear of falling out of favor with them to keep it this way.

Suddenly it occurs to them that you never taught them this.

Telling a Child That Your Co-Parent’s Discipline Choices Are Mean, Invalid, or Dumb

Wonderful, you’ve completely undermined the other parent’s authority. You can count on the child discounting any future discipline imposed, even if aimed at protecting them from harm. We can only hope they don’t decide to ignore their other parent if they’ve warned them not to play in the street.

Then of course, word may get back to your co-parent by way of the children that you’ve bad-mouthed their efforts. I’m sure they’ll be open to collaborating with you now.

If this happens to you, reach out to the other parent to see if you two can get on the same page. If this effort fails, simply explain to your child that there are different rules at each home and that they need to follow the rules for wherever they are. But be sure to stress that rules related to their safety and fundamental rights and wrongs apply everywhere. Give them examples to help them understand.

Telling Your Co-parent How to Discipline Your Child

You should absolutely discuss disciplining your children with your co-parent. But there are right and wrong ways to do this. Even if you were the main disciplinarian when you two were together, you’ve relinquished the right to impose your will on them. And frankly, most people aren’t very receptive when told they must do something by someone else, particularly someone from outside their home. Your child may live with them. But you do not.

Let’s face it. You can share how you are disciplining. You can suggest to the other parent what has worked best for you. And you should certainly discuss any matters which you believe are detrimental to your child. But you can’t insist they adopt your approach or even your rules.

Still, some parents have radically different views of what is acceptable when it comes to discipline. One might believe in corporal punishment while the other sees this as child abuse. Another parent may refuse to discipline a child even when it puts their future in jeopardy. For these cases, you may need to enlist the help of family or legal professionals who can work with all of you to find solutions.

Leaving Discipline to the Other Parent

In many homes, there is one primary disciplinarian—either the mom or the dad. One plays the good cop while the other is the bad cop. Some cohabitating parents grow to resent this as they don’t like the idea of always being the heavy—the one who spoils everyone’s fun.

Add to that an already fragile relationship like co-parenting, and the resentment one parent feels is often heightened. They may view the non-disciplinarian as negligent or downright manipulative. They probably won’t view it as an effort to be collaborative or do what is best for the child.

Using Disciplinary Issues Against a Co-parent

Unfortunately, some co-parents use disciplinary issues to build a case against the other parent. They do this to take legal action aimed at reducing parenting time, increasing child support, or simply as justification for denying parent-child interactions with an ex.

However, a word of caution…you may have heard horror stories from other divorced parents where this was their experience. But if your co-parent has no history of doing this, don’t jump to any assumptions that they would. You could miss out on the opportunity to work together toward a common goal—a precious commodity among co-parents.

If you are the one seeking to build such a case, be mindful of your motivation. Is it to protect your child from harm? Or are you afraid they will choose the other parent over you and so you seek to secure favor with them? Have you even spoken with the other parent to determine if your concerns are valid?

So how do you form a united disciplinary front with a co-parent?

Want to learn how to better collaborate with your co-parenting partner on other issues? Check out my book, Combative to Collaborative: The Co-parenting Code. Available on Amazon, TeresaHarlow.com.

This post was originally posted on National Parents Organization.